Do young people need to learn digital literacy? Young people after all are facile with devices and technology. Where is the necessity with digital literacy? This article draws a necessary distinction between facility with social media skills and digital literacy. The author, Clifford L. Green of Learning.com writes: "
Social media skills are vastly different than digital literacy skills such as proficiency in keyboarding, spreadsheets, database, and word processing. These are basic skills necessary for success, and unfortunately those that are sorely lacking. Schools increasingly report the lack of these skills is creating a barrier to student academic performance ...Read More
Posted by Anonymous on Tuesday, November 22, 2016

3Doodle in the 8th Grade Art and Tech Class

In the 8th Grade Stephanie Moon's Art and Tech Class students are exploring 3D Printing Pen and are giving an Art Challenge to design a 3-dimensional "drawing" that communicates a personal and social message to the viewer through the use one of the following concepts:

Use of Padlet at the Middle School

Padlet is a virtual wall, it works like an online sheet of paper where students and teachers can put any content (e.g. images, videos, documents, text) anywhere on the page and from any device. Key features include customizing the wall and the background; choosing how the posts appear on the wall; setting up privacy settings

At the MS teachers use Padlet in Advisory as a way of getting feedback about various units. For example, here is the teacher feedback on 7th Grade Orientation 2016-2017

More Ideas for using Padlet in the Classroom: 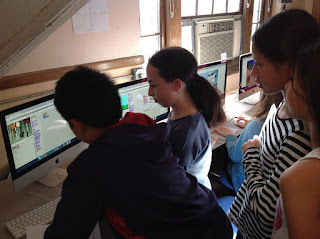 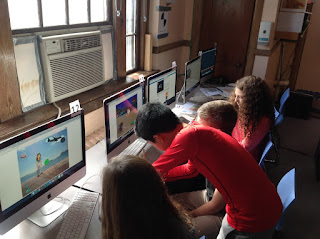 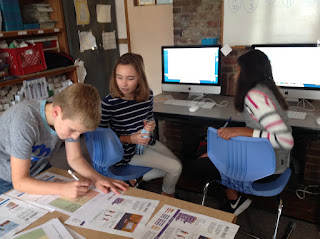 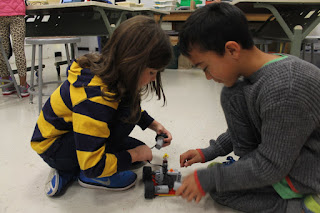 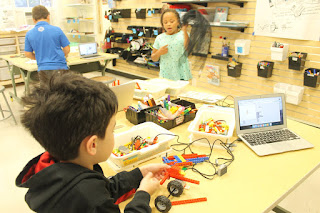 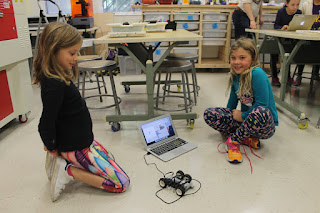 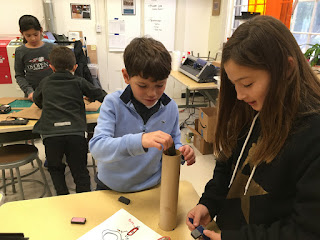 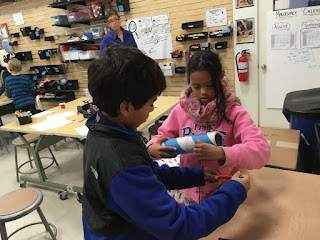 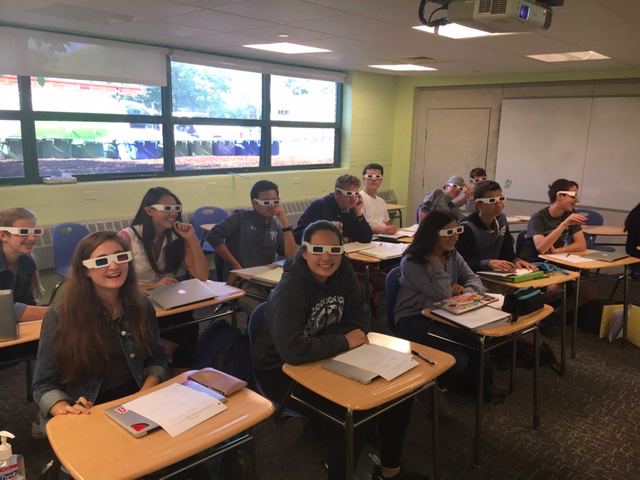 What is Gerrymandering and who was Gerry?

"When President Obama won re-election in 2012 and a Democratic tide gave the party a big majority in the Senate, why did the House of Representatives remain firmly in Republican hands? The result was even more striking since voters cast 1.3 million more ballots for Democratic House candidates than Republican ones".

Building off of a National Council of Teachers of Mathematics lesson, students in Randi Currier's 8th Grade Math class discovered a major factor behind the House of Representatives’ incongruous outcome: Gerrymandering.

They masterfully led a discussion about the brilliant Republican strategy, operation RedMap, following the 2010 census. Using the architectural software SketchandCalc, students calculated ratios to objectively evaluate the likelihood that a district had been gerrymandered. They learned the layout of their own Congressional district, how districts are often manipulated, the effect of technology on re-districting, and various relevant analytical ratios.

Randi Currier's most valuable take aways from the lesson: "Exemplars for us all, they thrived on data-driven, respectful, productive discussions around a hot political topic".

If you see one of them, ask them who Gerry was!

The new D.I.Y Zone at the Middle School is now open for students use. D.I.Y. Zone (Design Inspiring Youth) is a program designed to encourage our middle school students to design, create, and innovate using a variety of tools in our new Makerspace.

This promotional video was created by Kelley Schultheis. Kelley is a MS science teacher. Kelley is also helping with setting up and coordinating all maker space activities at the MS

Middle School campus has 3 Interactive Digital Display Boards. We are excited about the new ways of sharing updates, announcements and projects with our community. To create these great looking, dynamic and interactive digital displays we use a web based management tool, Rise Vision. 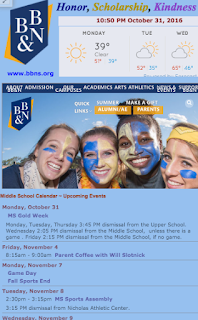 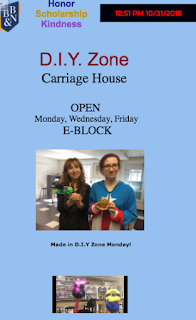 The morning of October 31st MS digital screens were haunted!  ....  I love remixing scratch programs. In Halloween spirit, I remixed A Song for Halloween. I've added backdrops of the MS images to create a haunted ghost effect in the school!


Full length quicktime played on all the screens 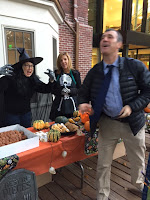